It was a near tussle. Tunji Bello, Former National Concord’s Political Editor and strong insider in Publisher Late Chief M.K.O Abiola’s presidential campaign had wanted me to be part of the mobilization for MKO across the country. As a fellow students’ union activist during our campus activism days and a good friend he had not hesitated to nominate me to be part of the pre-campaign mobilisation across the country telling the caucus that I would be a useful asset in the area of youths, having been NANS president. On the basis of his recommendation, I was to lead a team to the North-West part of the country.

I told my Editor, Nsikak Essien and his mien suggested disapproval. Apparently, he didn’t want some of his key line editors (I was Features Editor) to have divided attention between politics and journalism. With the trip to the North West looming, he cleverly offered me an assignment to travel to Port Harcourt for an investigative report on a brewing crisis over the appointment of an Acting Chief Judge for Rivers State under Governor Ada George. He asked me to let Tunji know.

Invariably the decision was mine and I opted for the Port Harcourt trip. Editor Nsikak was excited. “You know Amakiri now” (now always comes into his sentence when he thinks you should know something or when he is displeased about conduct). “The journalist that they shaved his head, he would be your contact”. Amakiri was at the airport to welcome me and I was highly excited to meet the journalist whose name we had severally cited as evidence of military brutalities during campus agitations. 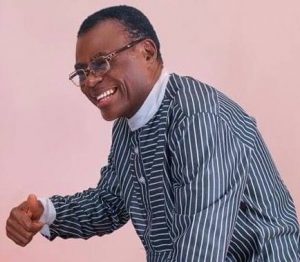 Veteran journalist, Lade Bonuola (Lad Bone) while highlighting Lateef Jakande’s contribution to journalism in his tribute a few days ago, recalled how Jakande who at a time was president of NUJ, President of the Newspapers Proprietors Association of Nigeria (NPAN) and leader of the Guild of Editors, mobilised Gani Fawehinmi and Olu Onagoruwa to take up Amakiri’s case after Military Governor Diette Spiff ordered his head shaved with a broken bottle for writing a critical story about him on his birthday. Amakiri was then the Rivers Correspondent of Benin based The Observer.

Amakiri shrugged off my excitement with a smile as I quickly discovered how jovial he was. He provided the contacts and largely loomed in the shadows as I conducted interviews. He picked me up very early one morning so I could observe developments around the government house. As we arrived, my ears were assaulted by strange shrieks. Amakiri smiled as usual and quietly told me that the loud voices were those of civil servants who had been compelled to hold morning devotions since Ada Gorge was a reverend. “That is the joke and nonsense that happen here on workdays”, he lamented. It was another evidence for me that so-called Nigerian leaders know that religion remains the opium of the masses. They know they have to continue to serve regular doses of it while they engage in abuse of office through ‘Jesus Christ our Lord’ or through ‘Mohammed our Lord’ as Fela sang.

I returned from Port Harcourt boasting of good stories and was glad Editor Nsikak made the journey my fate. But his stance only reflected an inner journalistic belief of his that no matter the political interests of publishers whose influence on media outlets cannot be wished away, what would earn any news medium and journalism credibility is the ability to stay on the professional path.

As I wrote on the occasion of his birthday last year, National Concord under Nsikak Essien did not become a rabid megaphone of MKO or his political party – the Social Democratic Party (SDP). For every MKO or SDP story on the front page, he insisted that there must be a story on or about the opposition National Republican Convention – NRC. The front page of National Concord under him was actually a study in diversity and journalism of social relevance as the four or five stories would usually include Politics or governance; Science (Editor Nsikak was and I’m sure still is, a great listener to the Radio and never missed BBC Science reports from which he would usually pick a story); Business (especially having been a business reporter and editor); Foreign news; Sports and human angle reports, to which he encouraged me to contribute by way of news features – a kind of storified news analysis that helped to make our front pages livelier.

READ ALSO: ‘MY FEAR ABOUT THE FUTURE OF JOURNALISM’

Meanwhile, in between quarrels and banters, he would talk about the qualities that would make one a better person and leader especially planning your day or schedule ahead, as he always did, with his pens (what a collection he used to parade with two or more always donning the breast pocket of his white shirts) and diary serving as permanent companions. Actually, I rank Editor Nsikak as high as Thomas Akinyemi Arogundade (my father), Chief Gani Fawehinmi, Dr. Beko Ransome Kuti, Owei Lakemfa, Ayo Arogundade (my brother), etc, to mention a few of some of the highly organised individuals I have been privileged to know. I remain an aspirer.

Editor Niskak worked hardest and drove others to work harder. “Hard work does not kill otherwise my boss (referring to MKO) would have died”, he once said. He extended that philosophy of hard work to the business arena by encouraging reporters and line editors to generate adverts so that the newspaper can survive while the concerned journalists earn extra income through ten to twenty per cent discounts.

Editor Nsikak’s focus however always good journalism and once you delivered he would encourage you. I recall when I first published Louis Odion’s article on the Features page while still freelancing, he came to my office to ask who he was, exclaiming: “He’s such a damn good writer”. Louis of course became a full staff and star at National Concord. That focus also reflected in the house style of National Concord, to which I quickly got introduced when I joined as Chief Correspondent. The style required that a sentence must not be more than thirty-two words meaning that we shunned verboseness and brought out the news in short paragraphs that didn’t stop the stories from freely flowing.

The University of Journalism that National Concord under Editor Nsikak constituted was shut down by the bloody regime of Sani Abacha in 1994 thus terminating an exciting journey in journalism for me in a place where I had been Chief Correspondent, Mid-Week Editor and Features Editor. But I’m glad that Editor Nsikak has continued to feature in the University of Media Development of which the International Press Centre (IPC), has been a faculty for about twenty-one years now by serving as resource person at a few of our capacity development programmes but always making a big impact. Of course, it cannot be otherwise.

I join in celebrating a great journalist and Nigerian.

Congratulations Editor Nsikak Essien. Ever athletic, 70 cannot but look good on you.

'My fear about the future of journalism'

Views
Author Lekan OtufodunrinPosted on April 30, 2013
Thirty years after writing a weekly column for The Guardian Newspapers,  Sonala Olumhense writes a final piece in which he laments the decay of...

Resources Training Views
Author Lekan OtufodunrinPosted on December 5, 2016
Eniola Toluwani, Correspondent, The Punch  during the December 2016 Media Career Q&A shared his experience as a campus journalist and how he eventually got...

Blogs Views
Author Lekan OtufodunrinPosted on July 7, 2017September 26, 2020
Joseph Olaoluwa, a graduate of English and Literary Studies from Obafemi Awolowo University writes on his sojourn to and in The Nation. With the...